He came to the hospital in a great hurry. He was sweating all over, he was panting and could barely stand on his feet. For five minutes, he stood still, like a statue, until he recovered. He had been urgently called for an operation. When he recovered, the doctor changed, washed and went to the operating room. There, he met the patient’s father. He was in tears… When he saw the doctor, he began to scream at him: “Are you not normal? What’s wrong with you? My son is struggling between life and death and you’re not here to help him! You really do not have any responsibility?“

In that moment, the doctor took his hand, smiled at him and, with an almost unreal gentleness, he replied: “I’m sorry… I was not in the hospital. When I got the call, I came as fast as I could. Now, I’m going to ask you to calm down and let me do my job…“

Instead of reassuring him, the doctor’s words have made the man more nervous. „How can you dare to ask me this? If your son was there and not my son, would you be as calm?“, asked the man.

The doctor smiled and said, “With the help of God, we will do our best to save your son’s life. We pray to the Lord to give us strength. You should pray for his life as well.“

“It’s easy to give advice when you’re not in such a situation,” the patient’s father replied. 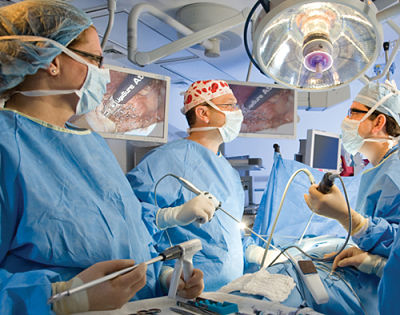 The surgery, extremely complicated, lasted a few hours, while the man was at the door, nervous, tired and tormented by black thoughts. At one point the doctor left the operating room. He smiled. “Thank God, your son is fine, the surgery was a success! If you have any questions, please talk to the nurses“, he told the man, then ran out into the hospital’s lobby as he entered and became unseen…

“Why is he so arrogant? Could not he wait a minute to tell me how my son feels?“, the man asked the nurse.

With tears in her eyes, one of them replied: “His son died yesterday in a car accident. When I called him to come to the hospital to operate your son, he was at his child’s funeral. Now that he saved your boy’s life, he hastened to get to his son’s funeral…“

When he heard that, the man was destroyed. He fell on his knees, then crouched on the floor and wept. He felt as the last man… And yet his soul was filled with an immense joy. His son was alive…

Is this story real or not? I think it does not matter. What matter is how we react when we’re in such a situation.

And… as a Romanian proverb says: “My skin is closer than my shirt“. I mean, I care more about me than the others.

How would you react to the doctor’s delay?

26 thoughts on “Life can be so cruel”