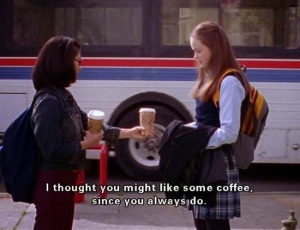 Now is the most happiest time of your life. You fall in love over ears, and he is the right one. At least, you think, this guy is realization of your dreams. Now, do you wish to introduce him to your friends?

If you have big friend circle, you will wish to notify them about your new boyfriend. This is kind of initiation, and you are worried, how will your girls accept this guy? Will they mock him, judge him or maybe, seduce him? I suppose that you know your female friends well, during many years. If you are self confident person, you are not jealous on them. Maybe your friends are pretty, smart and funny, but your guy loves only you.

Or you just think so…

Carmen waited a moment to introduce her new boyfriend Adam to her friends. They met in coffee bar, Adam and four girls. Laura, Samantha, Jane and Judith, all good and well known Carmen’s friends. They sit at common table and chatting, and Carmen could not hide glow on her face, she was so happy. What to expect more, her beloved man and four best friends on one place. For few months, Carmen and Adam broke up. Simply, they disagreed about many things, he was not what she expected. He cheated her, disrespected and he was even violent. On first sight, she did not see that. She was desperate, but this bad news was not the only one.

She heard details from her friends.

Laura said: “I am sorry my dear, I did not want to upset you. But he put hand on my leg when we were sitting near. I felt so unpleasant, but I did not slap him because of you.”

Samantha said: “He asked my phone number a day after you broke up. “

Jane said: ”He approached me while I was to the toilet. He was behind my back and he asked me could I go out with him on date.”

Judith said: ”I met him on the street and he said that he got bored with you. He asked me to drink coffee with him, but i rejected this jerk.”

You can imagine how sad and hurt Carmen was. Her disappointment was even bigger, because Adam was not just liar and cheater. He was indeed her enemy. He wanted to ruin everything what she built for a years. Lucky, her girls were not bitches. They were normal women, loyal and with compassion. They comforted her, even she felt as the last shit.

By the same Author:  Jealousy as backup plan

So, where are the limits when you introduce your guy to your female friends?

How he should behave in this situation?

He should be talkative, but not annoying or rude. For sure, he should not be vulgar.

He should talk about you as his beloved one. One and only.

He should accept your friends as sisters. Not as possible girlfriends or lovers.

He should draw a line between courtesy and flirt.

He should behave as gentleman, not as maniac.

If you break up, he should talk about you as good ex girlfriend. He should remember you with respect.

Unfortunately, as much you can met idiot, you can met women who are not so loyal indeed. Some women will grab opportunity to catch your boyfriend until you are dating with him or when you break up, and you still love him. If you break up with a guy, your friend should not jump into empty space. You would not look at her with the same eyes, isn’t it? I know from myself, that i would not threat my friends, but i would give her choice to left me or my ex boyfriend. I mean, guys are not toys or shoes, and we can’t trade them just like that.

Mature people will stand behind line. Immature jerk with big ego will not care about women and their feelings. In this case, it would be good to act like in sisterhood, to give lesson for egomaniac, which he will remember for a lifetime. At least, how he could feel if his girlfriend act like him, to wink and kiss his male friends or to jump from bed to bed?

Male ego is sometimes bigger than skyscraper. Primitive man will watch pretty women together and think “I would fuck you all.” Well, that is not animal world and human rules are different. There is no bigger proof of friendship than fact that you rejected your friend’s boyfriend. You chose devotion to your friend, not to one night stand. This kind of man should be hanged – for example.

If you want to be Guest Writer for look around! check this “Guests of Honor Page“.

6 thoughts on “Man for everyone” 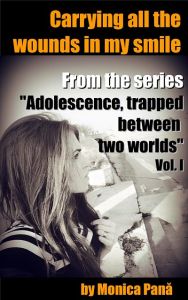