Wedding bells are in background, sound of violin tears your heart into pieces, and your fairy tale is finally official. You got married, he got married, we got married. As in love novels, this is happy end of love romance, he is now yours and forever and nobody will take away him from you.

Life is full of failures and far away from perfection, so status married doesn’t mean “until death separate us.” Sometimes, marriage will also have deadline and it will be just an episode in soap opera called “life.” When journalists caught Richard Gere in restaurant with pretty woman, he was married. He said then: “I am married, I am not dead.” The same answer you can get from some men who thinks that ring on his hand is not a chain, and they are still wild in the heart.

In life of men some things are challenge. First challenge is first sex. Second challenge is marriage with right woman, third challenge is love affair , until you are in marriage. So, if you are first time cool dude, second time you are gentleman, and third time you are Mr. Big. Wow, that man has sexy wife, but yet he has mistress. That is achievement which will get admiration of many men.

Real heaven for married men is internet. Even your wife is on your social website, that is not guaranteed that you must be devoted only to her. Some couples will set up rules and fair play, so they will have circle of mutual friends and respectable people around them. But, in some cases, man will use his social website for flirt in cyber world, and if he gets lucky, also in real life.

What happens if man is caught in infidelity? Which are his excuses? 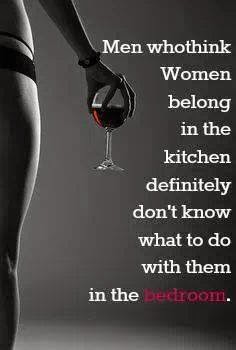 I have no idea who is that woman who send me messages. She must be insane.

That was a joke, not a flirt.

I thought it was your friend.

It was only an innocent message, she loves me, I did not want to be harsh to her. She is just a friend.

Some women will swallow this excuses as chocolate, to feed their ego. My husband? He would never do that, even in dream. That sluts try to get him, but he just laugh to them. Women will protect their husbands for a reason to save their marriage and spare their children. After all, what would people say? We can’t allow this.

Conscience of society is limited. Ethic question is not: “Why married man cheated wife?” That question is: “Why you involved with married man?”

Personally I would never involve with man in marriage because that is waste of time. Also, I don’t wish to collect other remains or crumbs. As long world exist, also there will be foolish women.

What kind of women will fall in network of married man?

Lonely and insecure. They think they don’t deserve better.

Disappointed in love. They think that is their destiny.

Naive women. They wish to believe that they are right choice, and their competition is wrong woman.

Women who wish to catch last train. If he is married, whatever. Maybe is last chance.

Indecent proposal is apple with worm. It looks sweet outside, but inside is bitter taste, so you will spit that worm with sickness. If is not too late for you, run away.

If you want to be Guest Writer for look around! click on photo below.